A look at the News Leader newspaper archives on microfilm by Anne Lemmon. 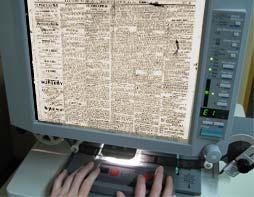 The News Leader, a weekly newspaper, began publication in 1952 in Baton Rouge, LA. In 1971 the name was changed to the Baton Rouge News Leader and its publication continued until 1977 when it was superseded by the Baton Rouge Community Leader. The News Leader reported on social, religious, sports and business news in the black community. Photographs of people featured in various social or religious events as well as sporting events were included throughout the paper. National news and issues of the day were covered in passing but were not the central focus of the articles.

The East Baton Rouge Parish Library has copies of the News Leader on 10 reels of microfilm covering January 7, 1968, Volume 17, No. 1, through December 30, 1973, Vol. 22, No. 52. Each weekly issue consisted of 32 pages and sold for $.15 a copy. The paper’s format included 16 pages dedicated to news, features, and sports and 16 pages for the News Leader Special Feature Section (8 pages of features–similar to the Parade Magazine of today, and 8 pages of syndicated Sunday comics).

The microfilm records of the News Leader are a good source for obituary information for Baton Rouge citizens of the black community. There was a weekly column called “Deaths” that gave death dates and funeral information. This column and the “In Memoriam” column provided information about the deceased, date of death and often the names of relatives or next of kin.

Several columns were featured on a regular basis including Dorie’s Diary by Doris Gale which covered personal topics such as visiting relatives, vacation travel; get well wishes, and social club meetings. The Teen Corner highlighted teen achievements in school and church. Church and religious choir events and other programs were covered on a regular basis as were local school events. Pictures covering these events were almost always included. Wedding and engagement pictures were in every issue as well as debutante events. The Men in Service column featured black servicemen state wide.

Our Mother Tongues is a project dedicated to celebrating Native American languages. On this fascinating, well designed website, you can listen to members of twelve different tribal communities speak and tell their stories. See how these languages are being reclaimed and passed on to new generations.

The Vertical Files are a collection of newspaper and magazine clippings from local news sources.  They are housed in folders in filing cabinets at various branches.  The largest collection is at the Main Library on Goodwood Blvd.  Articles in that collection span years from the 1920’s to the present.

Many of the articles are not available on the Internet.  For instance, did you know that many official reports pertaining to the BP Oil Spill/Deepwater Horizon disaster published at that time are no longer available?  You can find many of them in our Vertical Files.  Do you need information about an old monument in Baton Rouge?  Do you want to research the history of a neighborhood or school?  You can find it in the Vertical Files.

Staff members recently catalogued the Vertical File Index for your convenience. To discover what files the Main Library owns, conduct a search in the online catalog.  Type in “Vertical File” in the Keyword search box.  Over 800 entries will result.  You can also narrow your search.  For example, try “Louisiana plantations” or “Baton Rouge Libraries”.  There’s a file for that!

The 1940 Census has recently been released which is fantastic news.  While the census is available, it is unfortunately still not completely searchable online as all the millions of names have to be indexed.

Lots of people want to know how soon our state or another will have the new 1940 census index completed. This is a volunteer job and depends on people signing up to help out. Currently our state is only 5% indexed! Take a look at this map from the good folks at Family Search that gives the completion percentage by state with a mouse rollover. It also includes a link to sign up and help. Can you help get Louisiana “on the map” ?

The Main Library vertical files contain extensive newspaper clippings from The Advocate and The Times-Picayune newspapers going back to the 1930’s, as well as pamphlets, brochures and other ephemera. These files contain information on Louisiana (from parish information, to LSU, to politicians) and on Baton Rouge people, places and events. There are newspaper stories in the files on just about any topic to do with our city and state.

You can also access our Times Picayune and Advocate Historical Newspapers online archive. (currently only available from inside the library.)